The picture below shows the combination of airborne bathymetric laser and echo sounder, where one maps both land area and area in the sea at the same time, thus obtaining a good mapping of the transition zone between land and water. 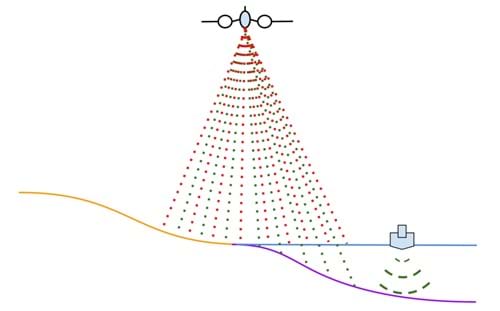 Measurement data from profiling, multi-beam echo sounder and airborne bathymetric LiDAR are coordinated, and from this it derives 3D models (DHM, DTM), directory charts, classified point clouds, etc., as well as high-resolution image products such as orthophoto or single images on all standard formats.

For positioning, GNSS equipment is used. When measuring with GNSS equipment, the height of the sensor is automatically recorded. This means that the measurements are independent of tides and water levels in rivers, sea and water. 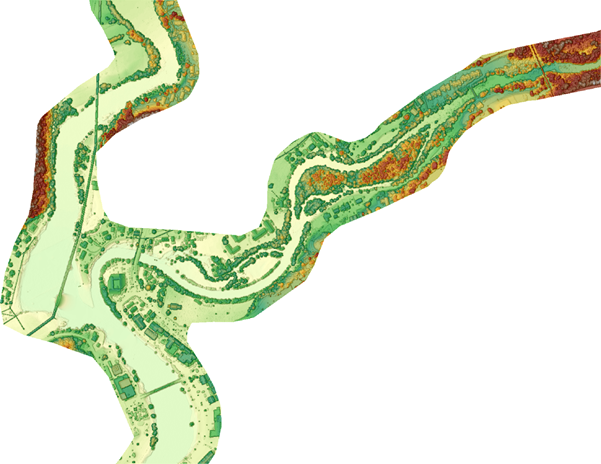 Data from the Kvina river collected with Bathymetry and supplemented with a multi-beam echo sounder. 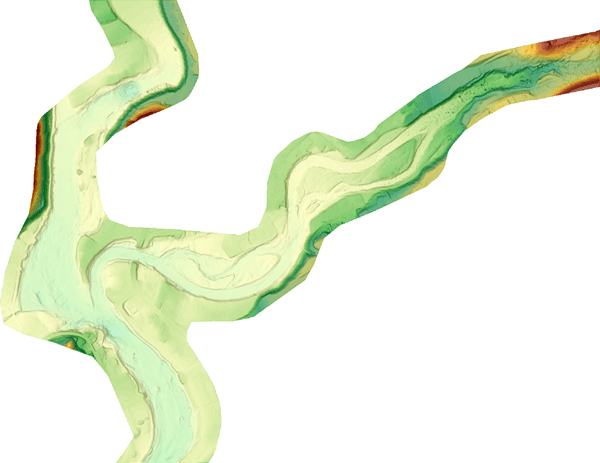 DTM for the Kvina river, objects and vegetation have been removed.

For more information on topograhic depth mapping and sonar in Terratec, klick here.' 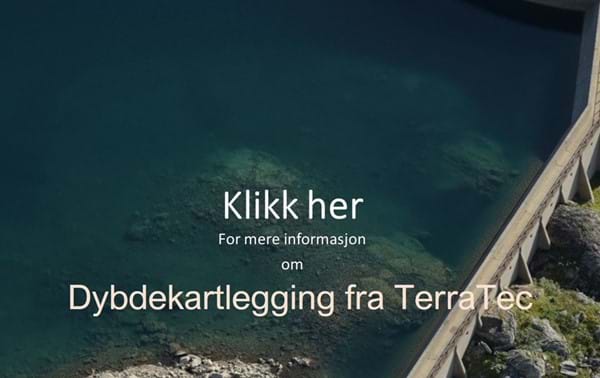 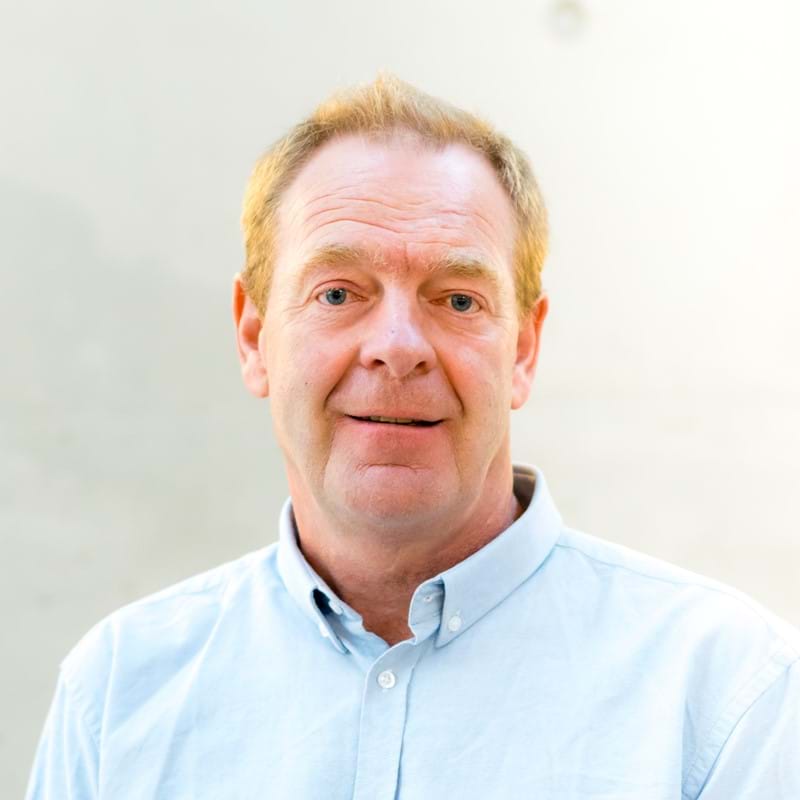 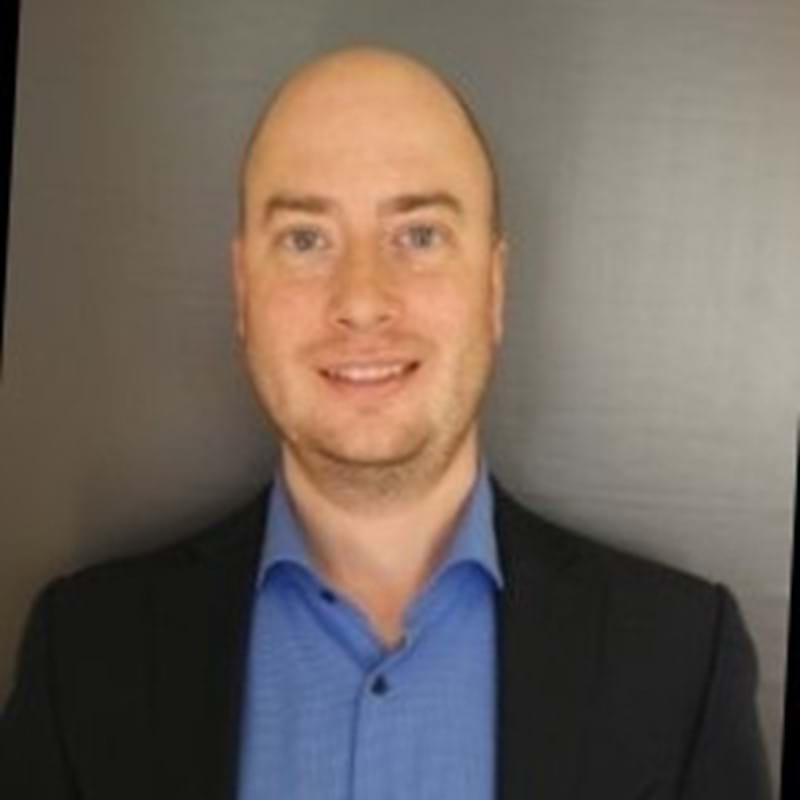